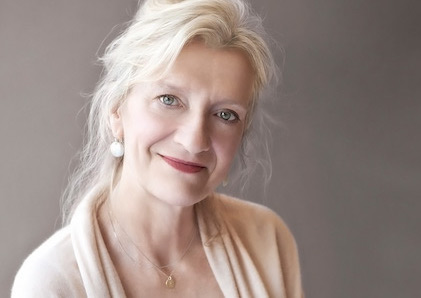 Aging and Evolving in "Olive, Again"

To live inside her consciousness as a reader is to come to terms with being a woman in her later decades, navigating a world that doesn’t adhere to your rules, losing a husband, and finding love again. Olive is a character that has been allowed to age, and to evolve.

Olive Kitteridge is a character at once relatable and unlikeable. She is a woman, bound to Crosby, Maine, who knows her mind, speaks freely, and often pushes those around her away. Yet she remains endearing – capable of loving and being loved. Once Olive takes up presence in a reader’s mind, she persists.

Author Elizabeth Strout, whose novel-in-stories Olive Kitteridge won the 2009 Pulitzer Prize for fiction, is currently touring with her new novel Olive, Again, which debuted at number six on the New York Times’ hardcover fiction bestseller list and was selected as the latest Oprah Book Club pick. Strout says she never intended to revisit Olive. But then Olive showed up, and Strout couldn’t say no.

Although it shouldn’t be unusual to see an older woman dominate popular novels, Olive feels almost unprecedented. To live inside her consciousness as a reader is to come to terms with being a woman in her later decades, navigating a world that doesn’t adhere to your rules, as well as misunderstandings with one’s son and daughter-in-law, losing a husband, and finding love again. Olive is a character that has been allowed to age, and to evolve.

“There’s a myth that when people reach a certain age, they stop there, they stop growing,” Strout said on one of her book tour stops.

Olive is a complex woman filled with introspective moments that can only come from aging and reflection.

As Olive, Kitteridge concludes, Olive reflects on the loss of her husband, Henry. She thinks how young people do not know “that lumpy, aged, and wrinkled bodies were as needy as their own young, firm ones, that love was not to be tossed away carelessly, as it if were a tart on a platter with others that got passed around again.” And later: “And if her platter had been full with the goodness of Henry and she had found it burdensome, had flicked it off crumbs at a time, it was because she had not known what one should know: that day after day was unconsciously squandered.”

“At the end of the first novel, Olive had taken her blows, and I felt that she would grow,” Strout said.

Olive talks frankly in the latest novel about the changes her body is undergoing, about regrets she harbors, and about truths that are difficult to face.

In “Labor,” the second story of Olive, Again, Strout writes: “The truth is that Olive did not understand why age had brought with it a kind of hard-heartedness toward her husband. But it was something she had seemed unable to help, as though the stone wall that had rambled along between them during the course of their long marriage – a stone wall that separated them but also provided unexpected dips of moss-covered warm spots where sunshine would flicker between them in a sudden laugh of understanding – had become tall and unyielding, and not providing flowers in its crannies but some ice storm frozen along it instead. In other words, something had come between them that seemed insurmountable.”

Strout says that she writes in scenes, looking always for “emotional truth.” She doesn’t worry about plot, she told the audience, or write from beginning to end. Rather, she says, “the scenes coalesce, they become a unit. When it’s all done, I put them in order.”

Many familiar characters from Strout’s novels make appearances in Olive, Again, including Amy and Isabelle from her novel by the same name, and Bob Burgess from her novel The Burgess Boys. The book also brings in a Somali nurse, a culture Strout explored in some depth in The Burgess Boys. Here, the character of Halima comes near the end, as Olive, in her eighties, is recovering from pneumonia. Halima’s presence allows us to see the ways in which Olive can be open-minded, and political.

There is always, with Olive, more to be discovered.  “As a reader, there needs to be enough space between those sentences to bring your own experience,” Strout says.