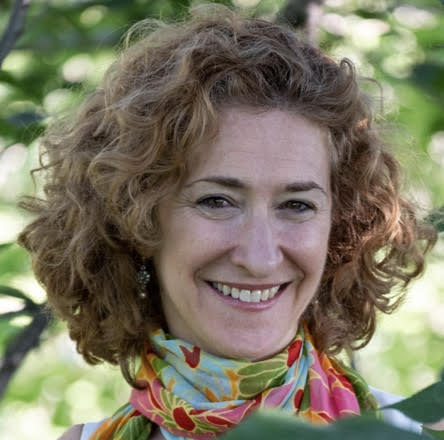 Julie Langsdorf published her first novel in her fifties, after three decades of writing.

Langsdorf was featured among other debut writers over 50 by Poets and Writers and has received positive reviews from the Washington Post, NY Times and other leading outlets. She’s cheered that it’s not only young debut writers receiving attention.

Julie Langsdorf has learned firsthand the importance of timing. Though she has been a published writer since she was in her 20s, it was not until this year – in her 50s – that her first novel, White Elephant, was ready for its debut. It was the right subject matter – big money interests encroaching on quiet suburbia – at the right cultural moment. And it was the right time for Langsdorf to embrace the role of novelist.

Langsdorf wrote the first draft of White Elephant between 2005 and 2008. The title refers to a particular over-the-top luxury mega-home being built by a couple in a quiet suburban neighborhood in the book’s fictional suburb of Willard Park, Maryland. The out-of-place home creates conflict with the neighbors and offends the locals’ sense of good taste. When Langsdorf originally approached an agent with the manuscript, the country was in the midst of a recession and the timing was off. Langsdorf revisited the book in 2017 and discovered that “the world had changed quite a lot – it felt relevant, like a microcosm of things that were happening.” On her second attempt in March 2019, the book sold quickly.

White Elephant depicts the drama unfolding in the sort of affluent community in love with its own inflated sense of authenticity that can be found in any number of suburban towns surrounding New York, Washington, DC or San Francisco. The conflict between the out-of-towners building the monstrous “White Elephant” home, cutting down precious trees in the process, forms a central conflict, but there are others, too. There are middle-aged women searching for their creative purpose and trying to understand their rising desire for the wrong man amid their own desire-less marriages; teenagers seeking acceptance; children with mystery illnesses; and fathers drowning their boredom in pot.

Suburbia is a perfect pressure cooker for emotions, the author says. “I live in the city now and it’s easier to be anonymous,” says Langsdorf, who has moved from her own suburban Maryland home to the Adams Morgan neighborhood in Washington, D.C. “In a small town, you know each others’ kids, and there’s a forced intimacy. It’s a funny world to look at under a microscope.”

She has the benefit of perspective now, too, and gets inside the heads of her characters, alternating points-of-view throughout the novel. In many ways, the parents’ and children’s dramas mirror one another. “The older I get, the less I think that adults are any more mature than kids,” Langsdorf says. “We all struggle with similar things.”

Langsdorf was featured among other debut writers over 50 by Poets and Writers and has received positive reviews from the Washington Post, NY Times and other leading outlets. She’s cheered that it’s not only young debut writers receiving attention. “For people who have been working at it, seeing someone who isn’t young having their book published is encouraging,” she says.