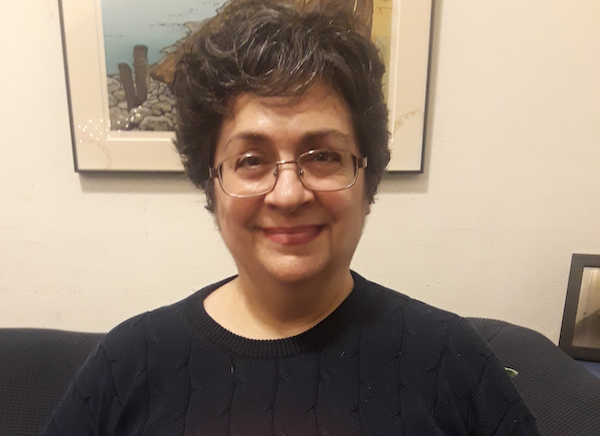 Lucy Seligman’s favorite holiday is Japanese New Year or Shogatsu. Families who celebrate do so with a traditional noodle dish called Toshikoshi Soba, or New Year Soba, that has become one of Lucy’s trademark dishes. The long buckwheat noodles are considered good luck and are supposed to be the last food to touch your lips on New Year’s Eve.

Lucy fell in love with Japanese cooking when she spent a summer abroad in Japan at the age of 15. She later spent her junior year in college living and studying in Japan, majored in Japanese & Japanese Culture at the University of Southern California, and, as an adult, lived for 13 years in Japan, including in Tokyo and Nagoya, where she had a career as a restaurant critic and ran a cooking school.

Soba is just one of the specialty dishes the Japanese enjoy between Dec. 31 and Jan. 3. “It’s the one time of the year that rice is not made,” Lucy says, noting that during Japanese New Year cooks instead use mochi, or Japanese pounded rice cakes. “The idea is to have everything prepared during the last days of the year to give housewives a break from the kitchen,” Lucy says. Mochi can be bought fresh (during this time period) or freeze dried. It is then toasted or grilled and used in everything from soups to desserts.

She just released a cookbook focused on Japanese New Year’s cooking called The Wonderful World of Osechi: Japanese New Year’s Recipes and recently hosted a sold-out cooking event for Revel members (a second class is scheduled for Jan. 25). Women who attended the class made Ozoni – a soup with mochi – which is served during the New Year celebration. Each region and even each household serves their own particular and beloved Ozoni.

One member remarked after the class: “I loved the dishes, and the house smelled so heavenly, with the broths and all the great ingredients.”

In addition to teaching, Lucy maintains a blog dedicated to “savoring Japan’s culinary treasures” at thanksforthemeal.net. There, she shares details about Japanese culture and her own life experiences along with accessible recipes and photos, from Japanese-style hors d’oeuvres, known as o-tsumami – like fried wontons, steamed clams, and grilled mushrooms – to Japanese foods that work for a Keto diet, from miso soup to edamame. The blog name also has special cultural meaning. It comes from a phrase – gochisosama, or “thanks for the meal” – said at the end of every Japanese meal and meant to convey a diner’s appreciation.

When she’s not cooking, Lucy works as a Zen life coach and hypnotherapist, and hopes to expand the classes she offers to Revel members to reflect her many talents. The group has been a great find, she says, as “it’s hard to meet new women over 50 in the Bay Area.” Now, hosting cooking classes, she has an opportunity to share her culinary skills and cultural insights – and make new friends while she’s doing it.