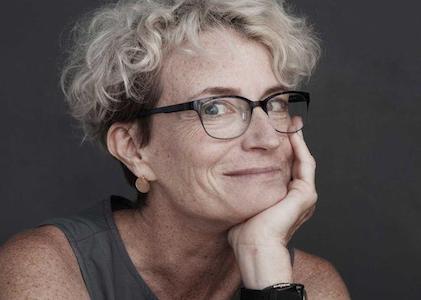 Dismantling Ageism in “This Chair Rocks”

We internalize ageism when we are children, and later, turn this prejudice against ourselves.

In a chapter on health and the body, Applewhite bucks the trend of advocating for specific diets and regimens to “stay young.” Instead, she focuses on the importance of developing a positive attitude toward aging, which studies have shown can bring numerous health benefits.

“The possibility that life could be more fun in your eighties never crossed my mind,” writes Ashton Applewhite in the introduction of This Chair Rocks: A Manifesto Against Ageism. But the Brooklyn-based writer and activist had what she describes as a slow epiphany after finding herself on the ageism beat – interviewing “Americans of advanced years and all stripes” to discover where ageism comes from, why it is so pervasive, and learning along the way that most of the things we accept about aging are wrong.

Applewhite notes that we internalize ageism when we are children, and eventually, turn this prejudice against ourselves. It comes in the form of attempts to “pass” as younger, in making disparaging remarks about how out-of-touch we are, and in blaming forgetfulness on “senior moments." In turn, transitions associated with aging – our changing bodies, or different health needs – she writes, “are characterized by shame and a loss of self-esteem.”

In This Chair Rocks, she offers a new perspective on aging – one that sees age not as a fixed construct but instead as a continuum. “Age is both fixed and fluid, as is the way we experience it,” she writes. Swedish sociologist Lars Tornstam uses a term called “gerotranscendence” – “a feeling of being a child, a young person, an adult, middle age and old – all at once!” Notes Applewhite: “What an abundance!”  Other writers who have remarked upon this phenomenon of containing all our past selves include Anne Lamott and Madeleine L’Engle. We should embrace the sum of our rich lived experiences, Applewhite writes, a term she calls “agefulness.” Applewhite advocates for becoming an “Old Person in Training,” someone who acknowledges her own mortality and embraces the aging process, rejecting shame and self-loathing.

In a chapter on the aging brain, the author acknowledges that while most of us will have difficulty recalling words as quickly or to multitask as we age, there’s opportunity to focus on building brain capacity. These include learning new skills, maintaining social networks, and working out. Going on a hike with fellow Revel members, for example, is a perfect brain-boosting activity. “The optimal combo is regular movement that has a social component and involves learning new things,” Applewhite writes.

And good things happen as the brain ages. According to research, older brains are more resilient, and older people have better mastery over negative emotions and less social anxiety. “Even as its discrete processing skills degrade, the normal aging brain enables greater emotional maturity, adaptability to change, and levels of well-being,” she writes. With openness and receptivity comes greater creative exploration, too.

In a chapter on health and the body, Applewhite bucks the trend of advocating for specific diets and regimens to “stay young.” Instead, she focuses on the importance of developing a positive attitude toward aging, which studies have shown can bring numerous health benefits. One report in the Journal of the American Medical Association found that people with a positive view of aging are 44% more likely to recover from severe disability, and lived, on average, 7 ½ years longer.

Other topics include: sex and intimacy (“the right to intimacy is lifelong,” Applewhite writes); the workplace (“work we love can actually keep us alive”); the independence trap (“asking empowers”); and the end of life (people with less time learn to prioritize it, and to seek out meaningful activities).

She ends the book with a call to action – occupy age! “Ageism,” Applewhite writes, “makes growing older far harder than it has to be.” She encourages reader to start with themselves and presents a bulleted list of ways to identify and dismantle ageism, from refraining from calling an older couple “adorable,” to nixing the idea of “age-appropriate,” to looking for beauty in older bodies. Beyond personal actions, Applewhite calls for a broader movement to confront ageism. “That struggle is essential,” she writes, “if we want to create a world in which people can find meaning and purpose at every stage of life.”